From September 27th to 30th, more than 600 direct exhibitors and 15000 professional visitors are expected in Besançon on the international microtechnology exhibition. FEMTO-ST and FEMTO Engineering will be present.

You will be able to find us all along the show on the "nanotechnologies" area (hall C, aisle 6, booths 603 and 605) where our main technological platforms (AMETISTE, Centre Micro Nano Robotique, SURFACE, MIMENTO) and the R&D services offered to the industrialists will be put forward.

The MIFHYSTO platform of FEMTO-ST will be present on the zoom to expose its machining activity of hard materials such as carbides and ceramics.

Within the framework of the conference program proposed by MICRONORA from Tuesday to Thursday, FEMTO-ST will present the resources and possibilities of collaboration between companies and academical laboratories :

Participation at the micron and nano d’or contest

The contest rewards innovative microtechnology and nanotechnology achievements presented for the first time during the exhibition.

FEMTO-ST submitted a light-activated nanorobotic structure in the category "Micro and nanosystems demonstrators and prototypes for laboratories, technical centers and design offices".

Participation in the B meetings

Organized by the Enterprise Europe Network, the Micro Nano Event is aimed at companies and research and R&D organizations to meet partners through scheduled professional meetings : Seededicated website

The ten partners of the collaborative project "Microtechniques for Innovative Medicines" (including the University of Franche-Comté and FEMTO-ST) will present a preview of the release of their film highlighting the results of the regional FEDER european project on the stand of the Grand Besançon Métropole-Temis (Stand G Hall C 100-102) on Wednesday, September 28 at noon. 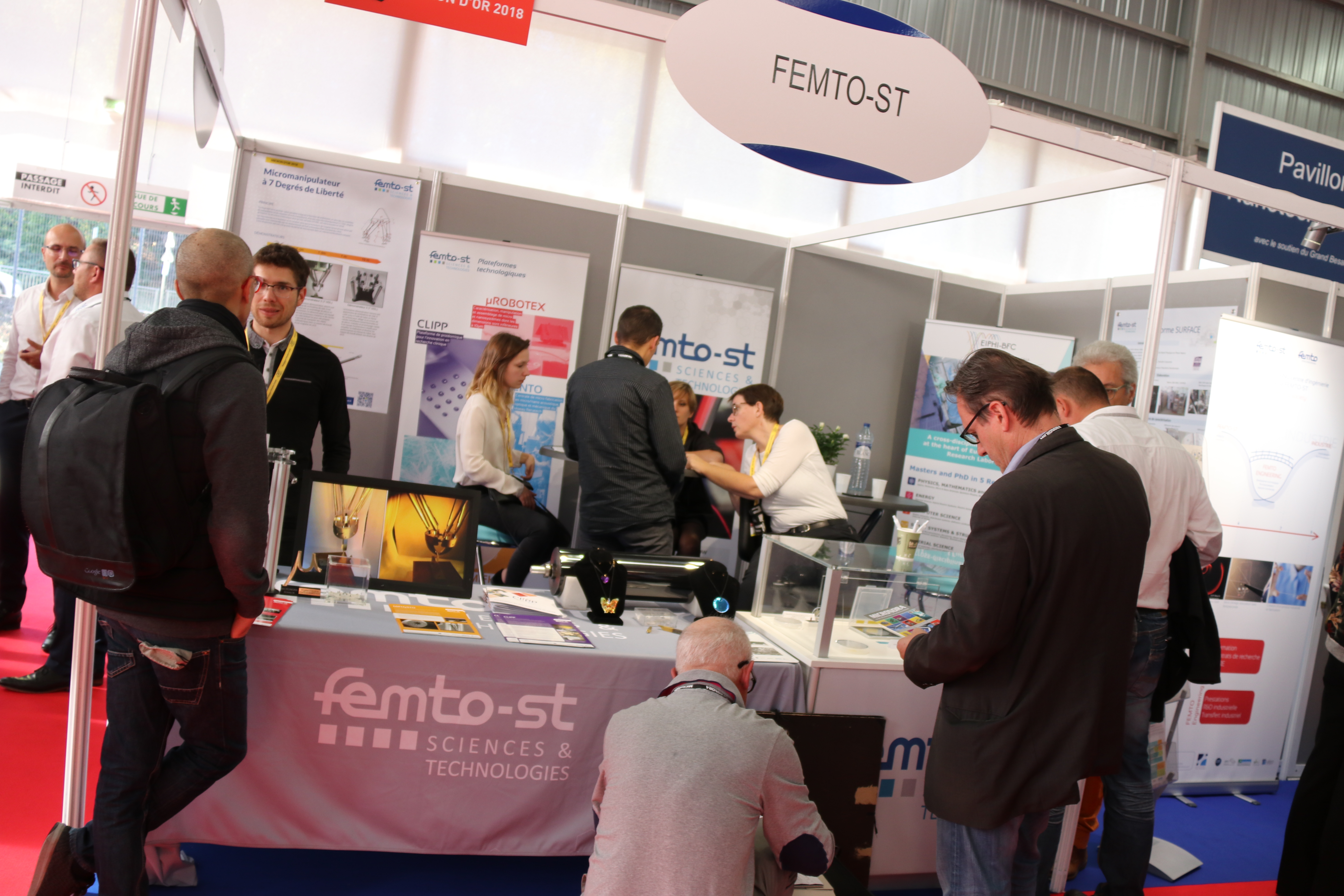