Strong involvement of FEMTO-ST in the H2020 project "PhotonHub Europe"

The objective of this project is to help European SMEs to increase their competitiveness through photonics with a online guidance, which will offer the support of 54 leading competence centers in Europe, including FEMTO-ST, which is also the scientific coordinator at the national level.

Photonics is one of the six generic technologies of the future identified by the European Commission as a source of innovation and employment.

In concrete terms, photonics studies and designs components and systems for the generation, transmission, processing or conversion of light energy and optical signals.

Photonics thus has the ability to generate disruptive innovations essential to the operation of the new applications that power Industry 4.0 and that are needed to address the global societal and environmental challenges of our time.

Submitted as part of the European calls for proposals Digital Innovation Hubs, PhotonHub Europe (https://www.photonhub.eu/#test) is the only project to have been selected in the "Photonics Innovation Hubs" category.

Covering the entire innovation value chain (training, research and technological development and business support) and funded to the tune of €19 million, it brings together all the best technologies, facilities, skills and know-how from 54 leading competence centers in Europe.

From January 2021, for a period of 52 months and with a vocation to become sustainable, PhotonHub Europe will be a one online guidance and orienteering with open access throughout Europe to help any company, especially SMEs and "non-photonics" mid-sized companies, wishing to innovate in the field of photonics or wishing to integrate photonics as an added value to its innovative product.

Organized around 8 photonics prototyping channels, directly networked with pilot production lines, industrial clusters, investors and economic gas pedals of innovation, it will cover in particular, for companies whose innovation projects will be selected :

- training and development assistance (online and on-site training at the project partners' sites)
- Trans-European support for innovation by financing technological development (on the whole TRL 3 to 8 scale) within partners helping a company to innovate
- business-oriented assistance and support to companies and to find European, national or regional investments or financial support.

By deploying photonics technologies more quickly and efficiently to accelerate the design and market launch of innovative products, PhotonHub Europe's objective is to increase digital transformation and European industrial competitiveness, with the capacity to directly create more than 1,000 new high-tech jobs in the European Union and nearly €1 billion in new revenues and venture capital by 2025.

This new pan-European photonics innovation hub is coordinated by the Vrije University of Brussels. On the French side, the CNRS is the sole academic partner, bringing together 12 research units (and their 28 platforms, including 9 micro-nanofabrication facilities from RENATECH and RENATECH+ and 8 Equipex) and more than 70 people involved. FEMTO-ST (15p) is also the national scientific and technical coordinator, with the support of the CNRS Centre-East delegation for the administrative steering (7 regional delegations involved) and in connection with industrial clusters under the aegis of Photonics France. 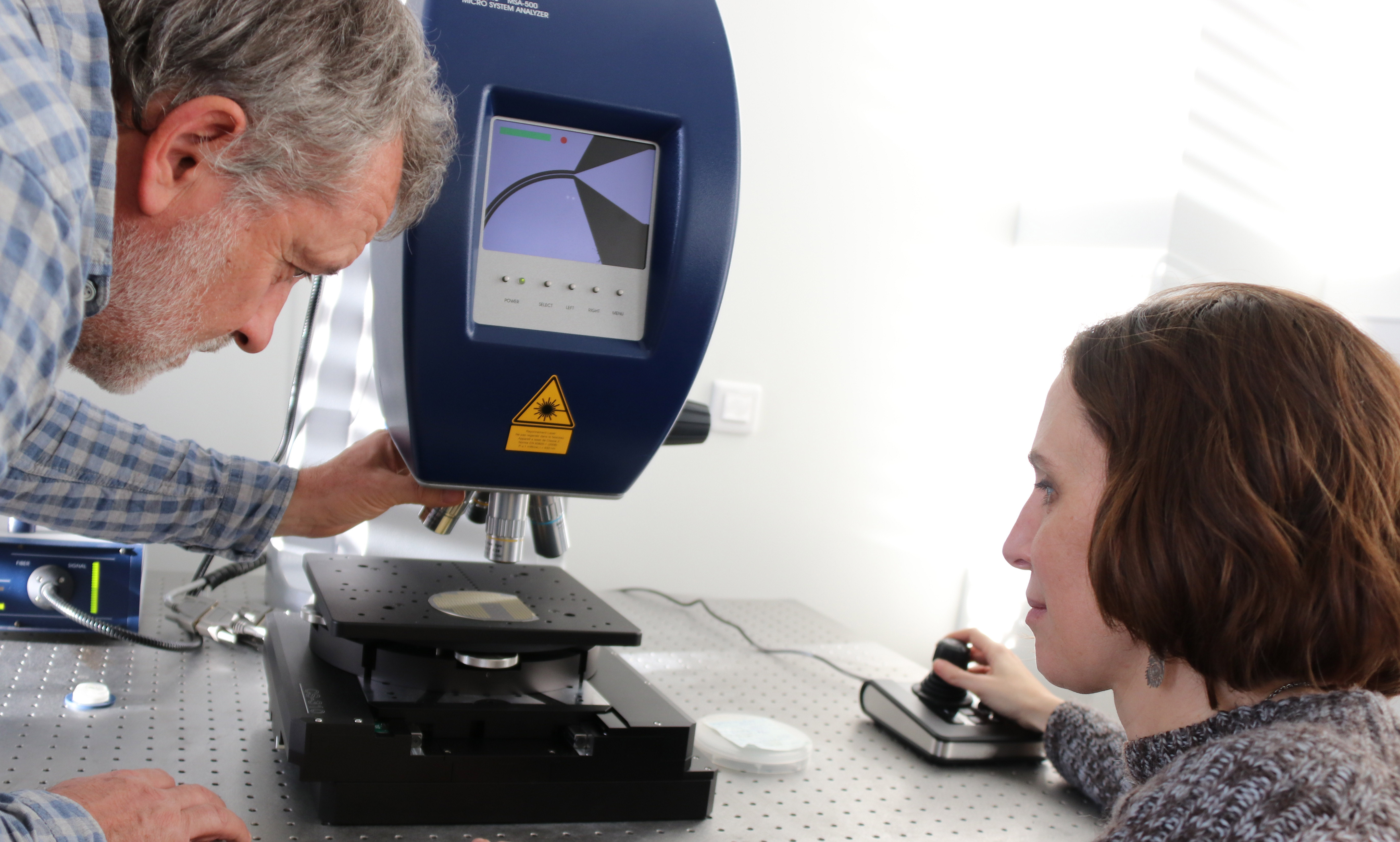 Nadège Courjal is in charge of the MOEMS sector and is part of the technical committee for the evaluation of innovation projects,

Hervé Maillotte is the coordinator of PhotonHub Europe at the national academic level.